And, just to see if I could do it, they wanted me to do all of this without using a calculator. But they were nice and allowed me to use pencil and paper. 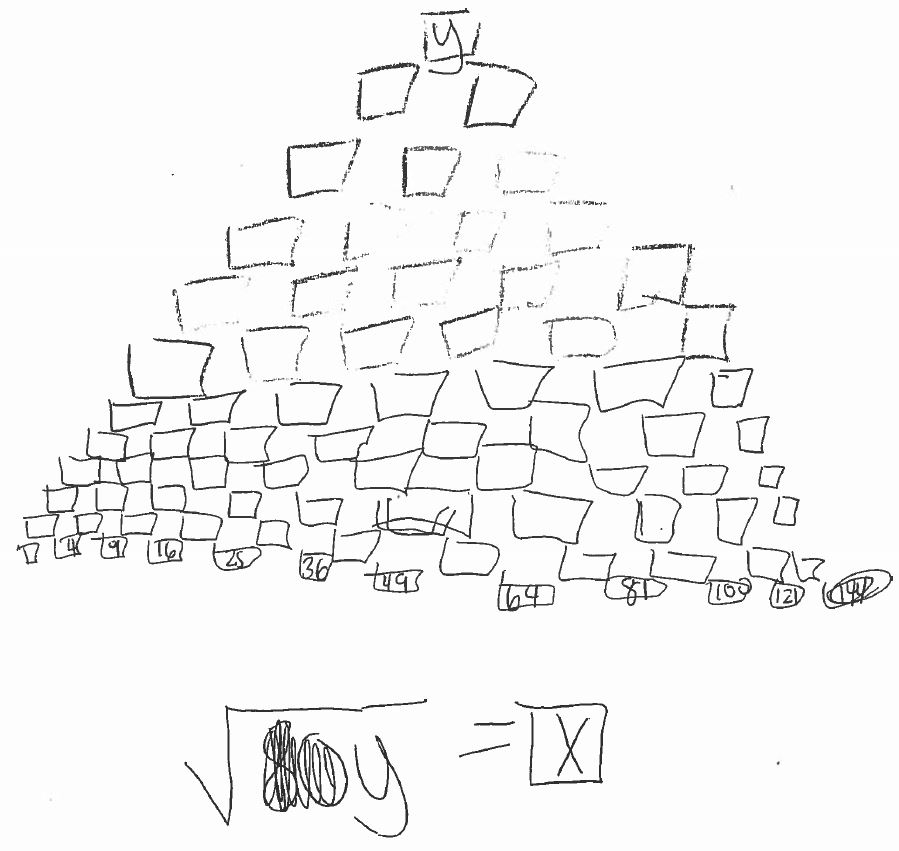 I’m almost done… except my students wanted me to find the square root of this number without using a calculator.

There are a couple ways to do this; the method I chose was directly extracting the square root by hand… a skill that was taught to children in previous generations but has fallen out of pedagogical disfavor with the advent of handheld calculators. I lost my original work, but it would have looked something like this (see the above website for details on why this works): 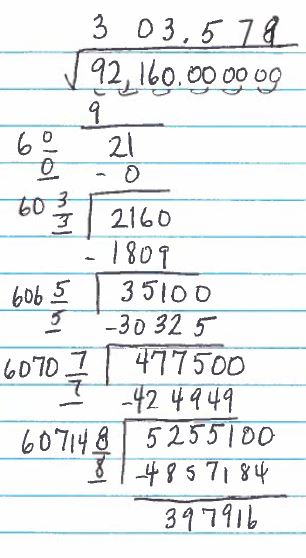 And so I gave my students their answer: