The purpose of this activity would extend the use of Pascal’s triangle from what they already know. I could assign this at the beginning of the lesson and if no one understands what the riddles meant, we could come back as a class and figure them out together once the lesson was done. These riddles could be an assignment of their own if I introduce them after they are very familiar with Pascal’s Triangle.

How can this topic be used in students’ future courses in mathematics and science?

I would say the primary use most students will get from Pascal’s Triangle would be to find the coefficients of binomials since it is much easier when working on binomial expansions, but there are also other ways they can use the Triangle as well. For one, it can be of great use in many courses that involve since it is a visual in seeing the number of combinations there are based on the number of items used. For example, say there are 6 different pieces of candy in a bowl and you need to know how many different ways can you choose 3 candies? Using Pascal’s Triangle, we look at the 6th row and the 3rd entry in that row (remembering the top row is Row 0 and the first 1 in each row is Entry 0), we can see that there are 20 possible combinations of 3 different pieces of candy. Other than that, even based on the riddle activity from above, students can use Pascal’s Triangle and its various patterns to help remember such things as triangular numbers, powers of 11, etc.

How has this topic appeared in high culture?

Within the past few years, the Shanghai-based design company, Super Nature Design, created the interactive art piece “Lost in Pascal’s Triangle”. This structure takes inspiration from Pascal’s Triangle and allows people to “explore the concept and magnification of the Pascal’s Triangle mathematics formula.” The following link takes you to the website that gives a bit more information behind the piece and shows how people can interact with the structure through a xylophone-type console: http://www.supernaturedesign.com/work/pascaltriangle#8

Another quick application that can be done through Pascal’s Triangle is by seeing the relationship between the Triangle and Sierpinski’s triangle (as shown below):

The pattern is by shading in every odd number on Pascal’s Triangle, you start creating Sierpinski’s triangle which is found in many works of art like these: 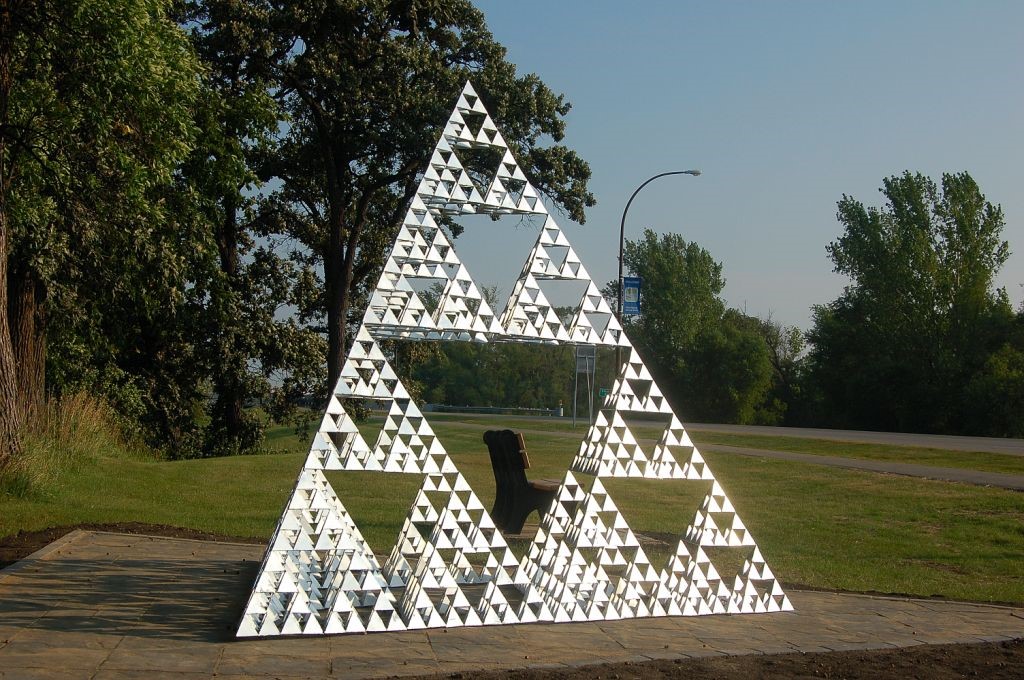 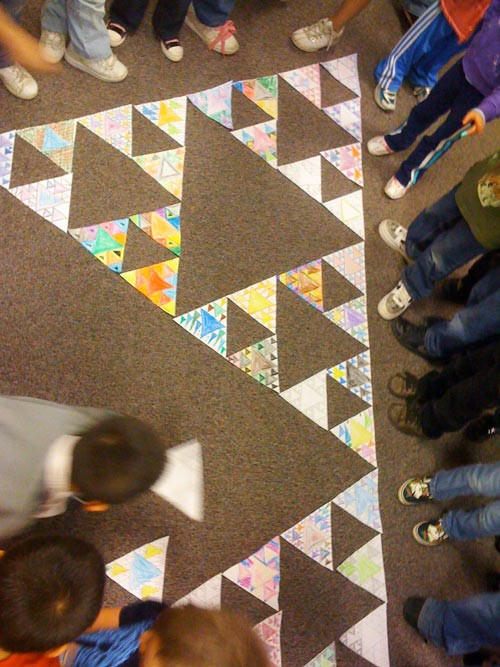 It might actually be a small but fun project to have the students create something like this at the beginning of the lesson and then explain the relation of the two special triangles.