I enjoyed this article from Quanta Magazine, both for its mathematical content as well as the human interest story. 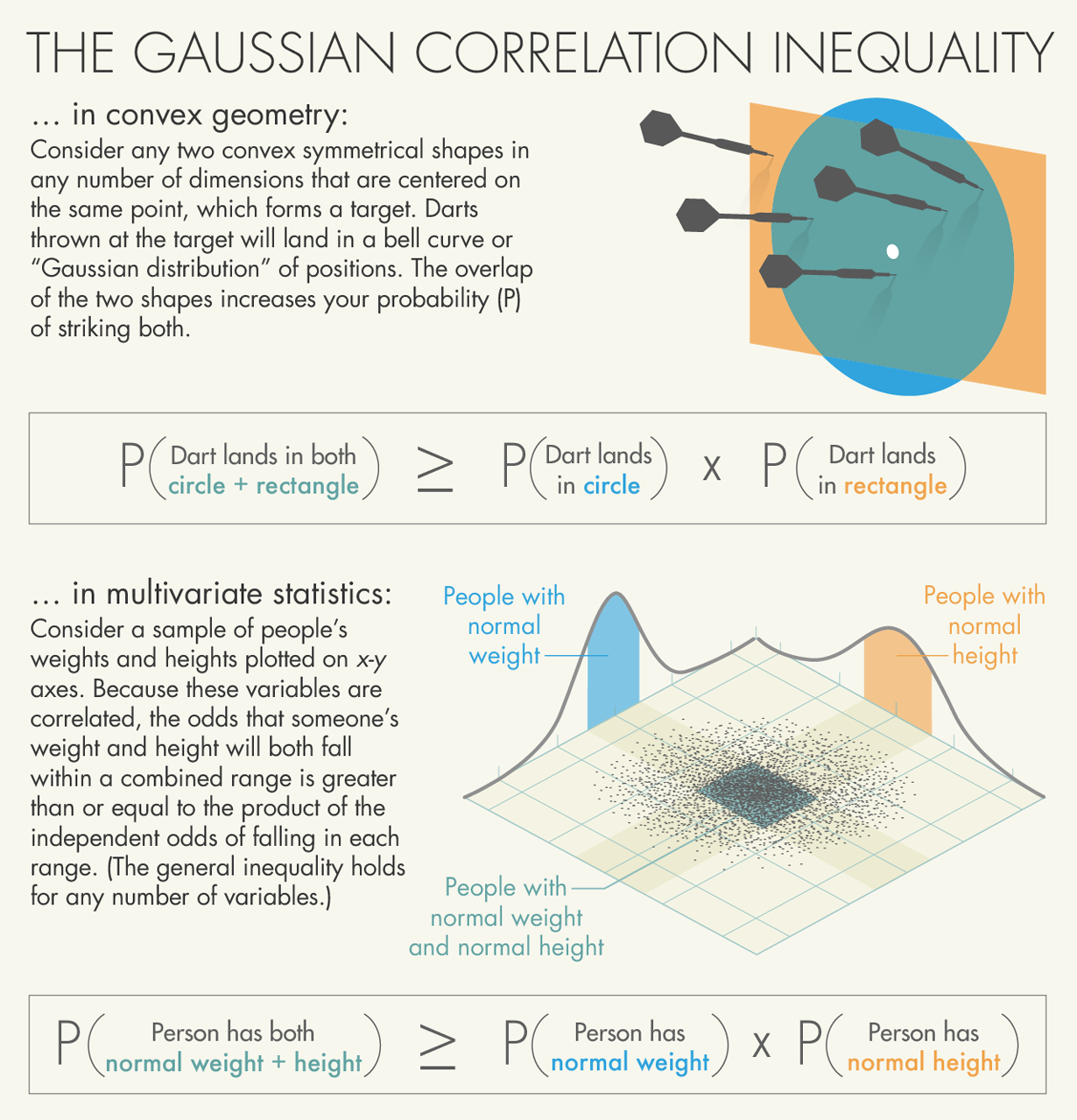 From the opening paragraphs:

Known as the Gaussian correlation inequality (GCI), the conjecture originated in the 1950s, was posed in its most elegant form in 1972 and has held mathematicians in its thrall ever since. “I know of people who worked on it for 40 years,” said Donald Richards, a statistician at Pennsylvania State University. “I myself worked on it for 30 years.”

[Thomas] Royen hadn’t given the Gaussian correlation inequality much thought before the “raw idea” for how to prove it came to him over the bathroom sink… In July 2014, still at work on his formulas as a 67-year-old retiree, Royen found that the GCI could be extended into a statement about statistical distributions he had long specialized in. On the morning of the 17th, he saw how to calculate a key derivative for this extended GCI that unlocked the proof. “The evening of this day, my first draft of the proof was written,” he said.

Not knowing LaTeX, the word processer of choice in mathematics, he typed up his calculations in Microsoft Word, and the following month he posted his paper to the academic preprint site arxiv.org. He also sent it to Richards, who had briefly circulated his own failed attempt at a proof of the GCI a year and a half earlier. “I got this article by email from him,” Richards said. “And when I looked at it I knew instantly that it was solved” …

Proofs of obscure provenance are sometimes overlooked at first, but usually not for long: A major paper like Royen’s would normally get submitted and published somewhere like the Annals of Statistics, experts said, and then everybody would hear about it. But Royen, not having a career to advance, chose to skip the slow and often demanding peer-review process typical of top journals. He opted instead for quick publication in the Far East Journal of Theoretical Statistics, a periodical based in Allahabad, India, that was largely unknown to experts and which, on its website, rather suspiciously listed Royen as an editor. (He had agreed to join the editorial board the year before.)

With this red flag emblazoned on it, the proof continued to be ignored… No one is quite sure how, in the 21st century, news of Royen’s proof managed to travel so slowly. “It was clearly a lack of communication in an age where it’s very easy to communicate,” Klartag said.