In this series of posts, I will describe the sequence of examples that I use to remind students about Taylor series. (One time, just for fun, I presented this topic at the end of a semester of Calculus I, and it seemed to go well even for that audience who had not seen Taylor series previously.)

I should emphasize that I present this sequence inductively and in an inquiry-based format: I ask leading questions of my students so that the answers of my students are driving the lecture. In other words, I don’t ask my students to simply take dictation. It’s a little hard to describe a question-and-answer format in a blog, but I’ll attempt to do this below.

Step 1. Find the unique quartic (fourth-degree) polynomial so that

I’ve placed a thought bubble if you’d like to think about it before scrolling down to see the answer. Here’s a hint to get started: let

, and start differentiating. Remember that 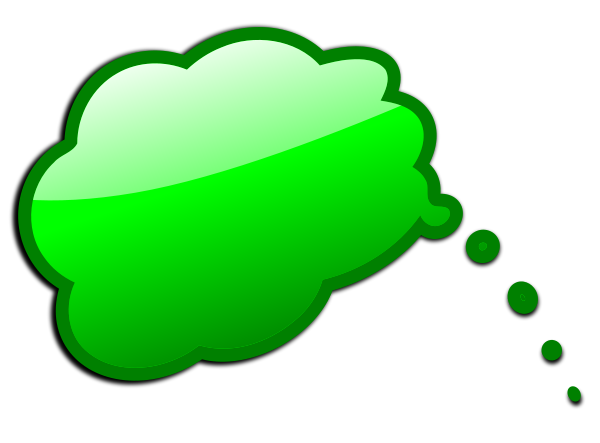 We begin with the information that

. Therefore, it must be that

What do we get when we put all of this information together? The polynomial must be

Step 2. How are these coefficients related to the information given in the problem?

Let’s start with the leading coefficient,

. How did we get this answer? It came from dividing

come from? It was the given value of

, which arose from dividing

was the given value of

Moving to the next coefficient,

, which arose from dividing

This last line doesn’t quite fit the pattern of the first three lines. The first three lines all have fractions, but these last two expressions don’t. How can we fix this? In the hopes of finding a pattern, let’s (unnecessarily) write

as fractions by dividing by

in light of this discussion:

What pattern do we see in the numerators? It’s apparent that the number of derivatives matches the power of

term has a coefficient involving the third derivative of

. The last two terms fit this pattern as well, since

and the last term is multiplied by

What pattern do we see in the denominators?

where have we seen those before? Oh yes, the factorials! We know that

is defined to be

can be rewritten as

How can this be written more compactly? By using

, it’s reasonable to guess that

This is called the Maclaurian series, or the Taylor series about

. While I won’t prove it here, one can find Taylor series expansions about points other than

can be any number. Though not proven here, these series are exactly true for polynomials.

In the next post, we’ll discuss what happens if

is not a polynomial.